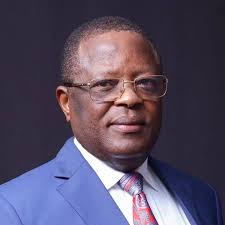 With the various regions of the country forming their security outfits as a result of rising insecurity, the South East governors, yesterday, disclosed that they would soon name their region's security outfit which was proposed last year.

They also disclosed that the state houses of assembly in the zone were on the verge of passing laws that will give the outfit legal backing.

The governors disclosed this on a day Ohanaeze Ndigbo warned that due to the worsening insecurity situation in the country, Ndigbo will henceforth embark on self-defence.

The apex pan-Igbo organization said Ndigbo could no longer fold their arms and watch their citizens slaughtered helplessly as though the country was in a hopeless state.

S/East to name joint security outfit soon
Rising from a meeting in Enugu last light, the Governors said they had notified the Federal Government about their plans and would follow it up with details of the mandate of the security outfit.

In a communique read by Chairman of South East Governors Forum and Governor of Ebonyi State, Chief Dave Umahi, the governors' said the forum had been inundated with questions on the region's plans after the South West unveiled Amotokun, stating that the South East was not in competition with other regions.

"Forum took briefing from chairman of the South East joint security committee and is satisfied with all the arrangement that will lead to South East State Houses of Assembly to enact a law to back up the South East Security programme with a name to the outfit."

They expressed satisfaction and commended President Muhammadu Buhari for his attention and release of funds for the airport rehabilitation, Second Niger bridge construction and rehabilitation of other federal highways in the zone.

The South-East governors also agreed to commence construction of a ring road to connect South East and South South zones, in view of the progress being made in Enyimba Economic City.

Ndigbo 'll embark on self defence --Ohanaeze
Meanwhile, Ohanaeze Ndigbo, rising from its Imeobi meeting of the year, in Enugu, yesterday, said it exhaustively considered and deliberated on the lone agenda of the meeting, which was security, and with deep trepidation, noted the deteriorating security situation in the South East and Nigeria in general, saying Ndigbo would henceforth embark on self-defence.

In a communique by the President-General of Ohanaeze Ndigbo, Chief Nnia Nwodo, the group said: "Ohanaeze, hereby, states categorically that Ndigbo will not stand by and watch their people slaughtered and that Ohanaeze will defend every soul in Igbo land.

"Ohanaeze, hereby nominates, activates and directs the council of elders, made up of reputable Igbo personalities and leaders, to engage Ohanaeze and state governors immediately on prevailing security challenges.

"Finally, Ohanaeze reminds Ndigbo that there have been difficulties in security in our history in Nigeria. In all these, our determination to protect our homeland and families against aggressors has never wavered and we have always relied on our ingenuity and vigilance to ensure our survival. Let nobody take us for granted."