Umuchu As The Cradle Of Confederation 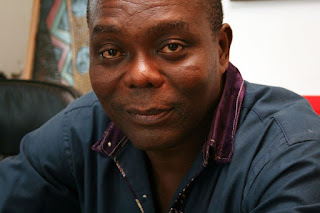 Umuchu, my hometown, offers the world a fundamental legacy of unity in confederation. A large and populous town of about 50 square kilometres and 300,000 people, Umuchu in Aguata Local Government Area of Anambra State thrives on the business done in the famed Nkwo Uchu market patronized by all the neighbouring communities such as the border towns of Achina and Enugwu-Umuoyia to the north, Akokwa and Arondizuogu in Imo State to the south, Umunze and Umualaoma to the east, and Amesi and Uga to the west. History makes Umuchu tick.

There was no aboriginal Umuchu town. The legendary progenitor of the land, Ezedike, was blessed with six male children. There used to be three sovereign communities known as Ihite, Amanasaa and Okpu-na-Achalla. Each of the three independent units suffered from sporadic violent attacks from oppressive brigands such as the slave-catchers from Arochukwu. Knowing that a single broomstick could easily be broken, the leaders of the three communities decided that there was the need for all of them to be bound together like an unbreakable broom bundle.

The amalgamation was forged by the assembling of crack indigenous doctors to prepare a charm as an antidote to the invading army of their enemies. It was thus binding on the three consenting units to always act as one. The charm made to ward off the attacking marauders was known as Ichu and it was buried both at the Uchu lake-cum-stream and at the place known as Nkwo Uchu today which was the meeting point of the three communities.

After the enactment of the Ichu (warding off) antidote the sons and daughters of the commonwealth became known as Umu-Ichu, that is, the children of Ichu. In the course of time the name turned to Umuchu, thus yielding the ichu antidote to uchu because the people were a hardworking breed, and uchu meant endeavour.

The goddess of the town guarded the union from her Uchu grove in Nkwo Uchu. The mystical Uchu lake-cum-stream with its source at Nne-Nkwo nourished the town from the upland of Ihite and Amanasaa to the lowlands of Okpu-na-Achalla – not unlike the gift of the River Nile to Egypt.

The confederating bond of Umuchu into a lasting political union is an object lesson to countries in Africa, especially Nigeria. Unity can be forged once the political will is there. The example of Umuchu is that the federating units can retain their pristine qualities while gaining strength from the larger union.

The advent of the six sons of the ancestor, Ezedike, alongside the coming together of the three confederating units serve as the fulcrum of The History of Umuchu written by Simon Alagbogu Nnolim. The booklet got into controversial limelight when Professor Charles Ekwusiaga Nnolim in a 1977 26-page essay entitled A Source for Arrow of God, published in the journal Research in African Literatures (RAL), charged that Chinua Achebe lifted everything in The History of Umuchu and simply transferred it to Arrow of God without embellishment.

Professor C.L. Inness published A Response to Prof Nnolims article in another edition of Research in African Literatures in 1978 where she defended Achebe by stating that The History of Umuchu and Achebes Arrow of God varied significantly in detail, structure, length, and phraseology.

Its not my meat here to dwell on the controversy. It just suffices to stress that Umuchu has a rich history and story worthy of abundant retelling in aid of Nigeria and the wider world.

Remarkably Umuchu was never overrun by the federal troops during the Nigeria-Biafra war, and the sacredness of the land made the then Archbishop of Onitsha, Dr. Francis Arinze (now Cardinal) to christen Umuchu as Alanso. Unity and camaraderie permeate the age grade groupings and the masquerade fests such as Uku in Amanasaa and Ogwugwueke in Umugama. People are at liberty to eat and drink in all the open places without any fear of being poisoned.

The practice in Umuchu is democracy of the mouth with a healthy dose of taunting known as “Njakiri”. The fear of “Umuchu Press” is the beginning of wisdom. Anybody who misbehaves is quickly reminded that Ndi Press had made broadcast his offences. Nobody knows the editor or the reporters of “Umuchu Press.”

The coming together of Umuchu in unity is exemplified by the communal doings in the capacious Uzoatu family compound where everybody eats out of the same pot in the village of Umugama village that shares a boundary with Akokwa town in Imo State.

In the lore of the land of Umuchu, the people of Umugama are the descendants of Ugama, one of the six sons of Ezedike. Warlike Umugama warriors of yore were reputed as the arch defenders of the Umuchu confederation, and the story has lasted from age to age of how the village defeated the evil spirits and poltergeists that attacked the town!

Being away from Umuchu can be suicidal for me and many. I once made the mistake of spending my Christmas in the United States. I nearly ran mad in New Jersey, USA. It was cold. I had no companions to play with. I went to the library to read on Christmas day, and I had to run out because I found no meaning.

In my anguish I had to perforce appreciate Christmas in our Umugama home in Umuchu back in Nigeria where I would have been at absolute liberty to eat and drink all I wanted and more in the Uzoatu compound without contributing a kobo from my pocket! Among Uzoatu sons and daughters, it is a classic case of the Marxian term from each according to his ability, to each according to his needs.

To end, Nigeria needs to learn from Umuchu. Confederation does not kill; it unites. The world cannot but rise up to the example of Umuchu in bonding. I have written this piece as homage to the rootedness of the teenage years in Umuchu when my father handed me over to the dreaded masked ancestral spirit, Nwogbaka, who said to me, gutturally: You are the child to tell our story.